The Long History of Mephisto - Part 1

Mephisto is a name long associated with chess playing mechanisms. In 1878, Charles Godfrey Gümpel, a maker of artificial limbs, displayed a chess playing pseudo-automaton named Mephisto in London. It was controlled remotely by electromechanical means, as opposed to hiding a human operator. In 1889, it was shown and operated at the Exposition Universelle of 1889 in Paris. After the exposition, it was dismantled and its ultimate fate is unknown. 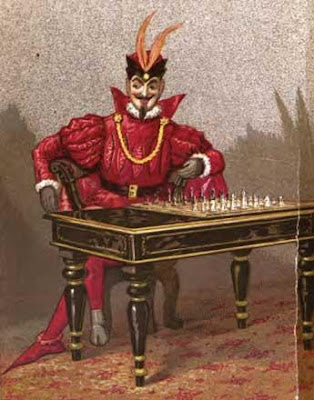 Anyone who wants to read a bit more about Mephisto can read batgirl's posts (Mephisto the Magnificent, HOW MEPHISTO WAS CAUGHT, Mephisto - Promotional Material, and Mephisto revisited) in her blog "Le blog de la Batgirl at Chess.com.


However, Gümpel's invention is not the only chess playing mechanism named "Mephisto". It is also the name for a long line of dedicated chess computers, first manufactured by Hegener & Glaser in 1980. Several renowned authors have been associated with the Mephisto line, including Frans Morsch (best known for Fritz), Ed Schröder (author of Rebel and Pro Deo), and Richard Lang (author of Chess Genius). Hegener & Glaser was acquired by Saitek LTD in 1994. Saitek continued manufacturing the line, and still does to this day.

Hegener & Glaser was a German manufacturer of semiconductors, displays, and electronic games. It was founded in 1969 by Manfred Hegener and Florian Glaser. Sometime in the late 1970s the company decided to enter the emerging and rapidly growing market of dedicated chess computers. The company came in contact with computer chess authors Elmar Henne and Thomas Nitsche in 1978, and the first Mephisto was produced in 1980. 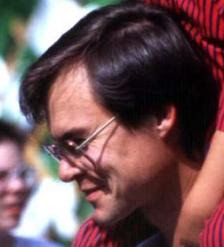 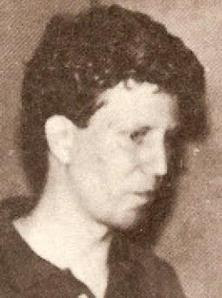 The Mephisto I, also known as "Das Brikett", was released in 1980 at a price of 548 DM (Deutsche Marks). It ran on a RCA 1802 8 bit CMOS microprocessor @ 3.5MHz. Its book, created by Ossi Weiner, contained 215 moves with 35 variations. It had 8 levels of play, including tournament and analysis. "Das Brikett" also had a LCD display and a keyboard to input moves.

This little black devil is one of the best machine available today. It can find mate in 4. An excellent price for the value. 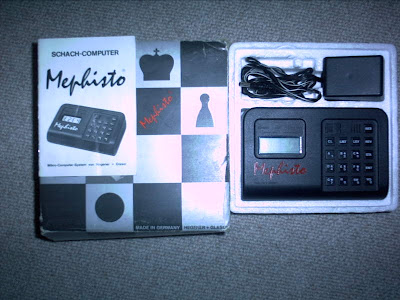 The Mephisto II debuted in 1981. It came in the same "briquette" form factor as its predecessor and used the same 1802 microprocessor, and sold for 498 DM. The Mephisto II could be used with the ESB 3000 and ESB 6000 chess boards. It had 7 levels of play (up to 10 minutes per move), plus a user-specified fixed time mode and an analysis mode. Its Elo rating was 1332.

Mephisto III, released in 1983, represented an upgrade, both in programming and in hardware. The authors made the search more selective and human-like, with an emphasis minimizing the horizon effect and more purposeful play. Additional, the authors changed from assembly language to CDL2, a high-level language that allowed them to encode chess knowledge without too much of a penalty in speed. Its search tree was divided into three sections:

Utopian moves (good, if the opponent does not do anything): A position occurs in a depth of approximately 1-3. The beginning of a combination. Nearly every move promising somehow is selected, even if the probability of success is quite small. Humans call some of these moves sacrifices.

Optimistic moves (good, if the opponent has only the second-best answer): The combination reached a depth of 4-8. Only moves with a probability hit rate larger than 30% are selected. ON BEHALF are this moves, which attack heavy pieces, threaten check, etc. these moves are however no sacrifices.

Realistic moves (good, if the opponent selects the best countermove): The position occurs in depths greater than 8. Only clear completions are examined. I.e. the program does not attack no more on suspicion, but pursues moves with high hit rate. To bring i.e. an attacked piece into security, so that the piece is really safe and not bound or overloaded.


As a result of the changes in the search and increased knowledge, Mephisto III's Elo rating was 1464 and could reach at most 21 plies deep.

The microprocessor was still the 1802 @ 6.1 MHz (3.5 MHz in battery mode), though with more RAM and ROM. There were two versions of the engine. The first version had a bug that affected opening play. Upon request, Mephisto III could be upgraded with a 12 MHz processor. It also worked with the ESB 3000 and 6000 chess boards.

However, Mephisto III was seen as a failure by some. Though it played better positionally and in the endgame, its selective search could miss tactical shots, causing it to lose games where it had the advantage. According to Danny Kopec, Mephisto III was 'by no means a definite improvement over Mephisto II, and thus could only be deemed a major disappointment". 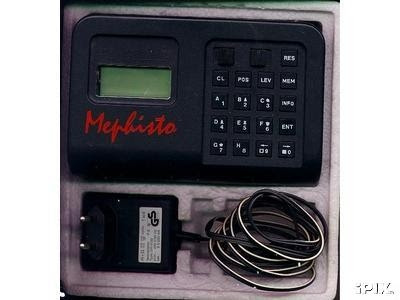 The Mephisto Excaliber, released in August of 1983, was a luxury dedicated chess computer with a price tag of 5000 DM. A limited production of 50 Excalibers were made (2 runs of 25). The board featured walnut and maple wood, a brass plaque with "Excaliber" engraved on it, and the pieces were hand-carved.

The engine was Mephisto III (optimized for 16 bits), running on the 16 bit Motorola 68000 CISC microprocessor @ 8MHz. The new processor was effectively 3.5 times faster than the 1802, which helped to boost the Elo rating to 1610. This marked the first time that the Motorola 68000 was used in a dedicated chess computer. It subsequently was used in other dedicated units by other manufacturers, advancing the playing strength of chess computers in general.

In September of 1983, Hegener & Glaser released the MM I, a new modular format. It was compatible with 4 different electronic auto sensory chess boards (from lower end to high end: Mobil, Modular, Exclusive, Munich). Fuctionally, the MM I performed much like the Mephisto III. However, the new form factor introduced the ability to use an opening book module (the HG 170 with 1000 variations) 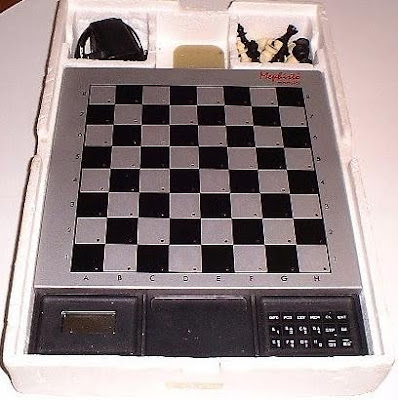 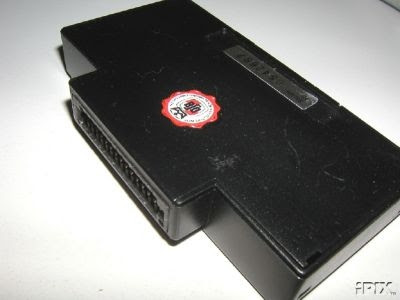 The Mephisto III-S Glasgow represents the pinnacle of Hegener & Glaser's association with Henne and Nitsche. It ran on the Motorola 68000 @ 12 MHz, with 12 kb of RAM and 64 kb of ROM (which allowed the book to have ~2000 variations).Its Elo rating was ~1800. It had 10 levels of play, could search up to 20 plies deep, and had a price tag of 2998 DM. It won a share of the 1984 WMCCC (along with Psion, EliteX, and Princhess/Conchess), the first of many championships for the Mephisto line. It also marked the end of the collaboration between Hegener & Glaser and the author team of Henne and Nitsche, making way for "King Richard's" reign at Hegener & Glaser. 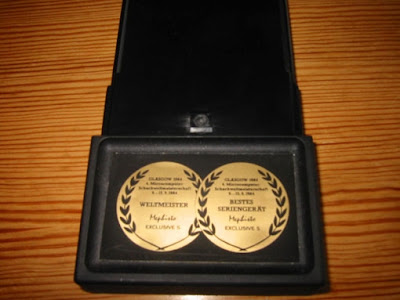