Want to play chess and have no one to play against? In no time at all, you can download dozens of engines and a GUI. There are hundreds of engines and several GUIs available. However, it has not always been this way. 35 years ago, you had no options other than finding another human being, unless you knew how to program a chess engine and build your own computer. That changed with the introduction of the Fidelity Chess Challenger 1. 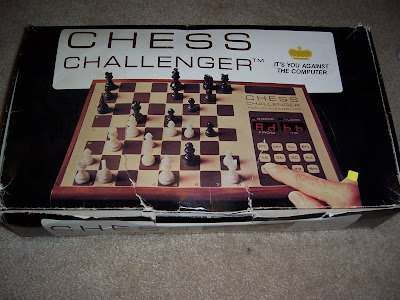 According to Schach-Computer, Sid Samole, the owner of Fidelity Electronics, in 1976 pondered the idea of an electronic chess game. He found out that Ron Nelson, the boyfriend of his secretary, worked on a chess program in his spare time. Samole immediately hired Nelson, and dedicated chess computers became available to the public in 1977.

Ron Nelson - The father of all commercial chess engines

The Fidelity Chess Challenger 1 had several flaws , yet, for $600.00 US, you could purchase a dedicated chess computer, an opponent available to you when you could not find a living, breathing one. Sure, it could only play as Black. Sure, it had a maximum search depth of 1 ply. Nor did it know about draws due to the 50 move limit or insufficient material. Who cares? It was the first of its kind, the first manufactured chess opponent made for sale to the public. Though only 1,000 were made, it paved the way for a multitude of chess computers, which helped to inspire many chess program authors to learn how to create a chess program. Due in part to the Fidelity Chess Challenger 1, computer chess left the confines of academia and became something of public interest.
at 4:15 PM
Newer Post Older Post Home