HGM and The Matchbox Chess Computer

The types of computers used to play chess have been varied. For example, El Ajedrecista was an electro-mechanical computer that could play and win KRK endgames: 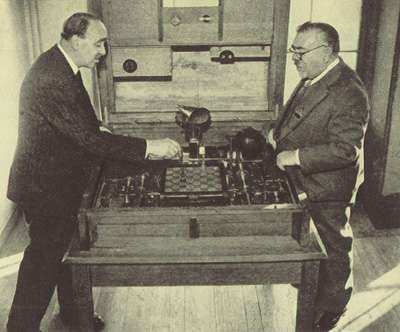 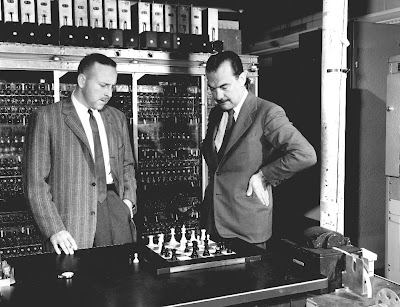 In 1957, Alex Bernstein wrote the first chess program for the IBM 704 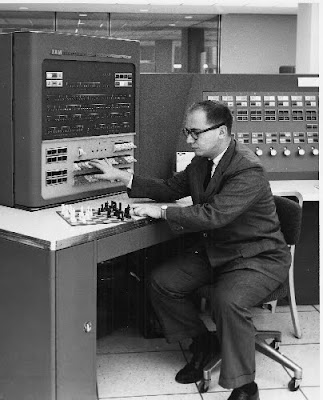 Ken Thompson and Joe Condon developed Belle, a hybrid of hardware and software made for playing chess: 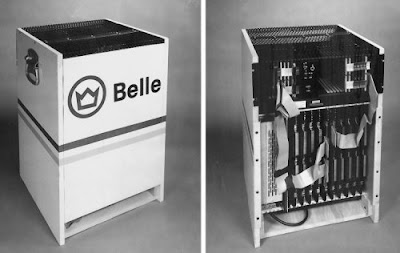 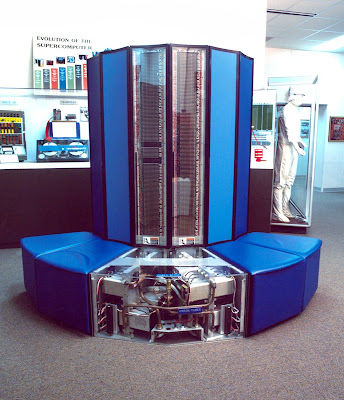 IBM's Deep Blue, a special purpose computer formulated to play chess, was the first chess computer to win a game, and then win a match, against the human chess champion: 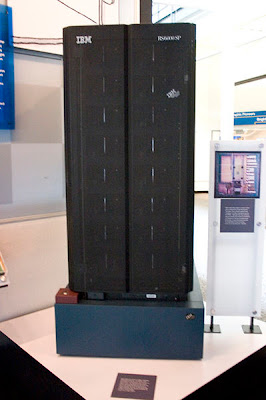 One of the more unique chess computers (in my opinion) available to the public was the Novag Robot Adversary: 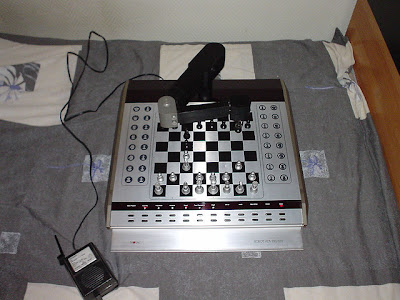 And then there was the small Excalibur Keychain LCD Chess: 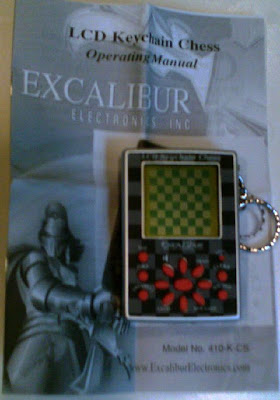 If I was asked about the most unique chess computer, for me it would be the matchbox chess computer constructed and programmed by Harm Geert Muller: 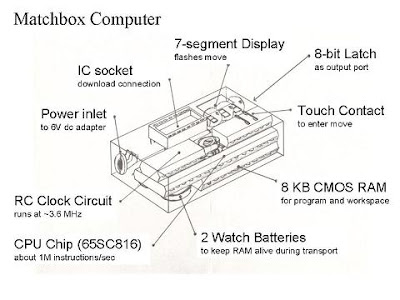 (The following account was given by Harm Geert Muller on the TalkChess.com forum, otherwise known as CCC.)


In the early eighties I participated in the Dutch National Championship a number of times, which was just starting. I was just a student in those days that had written a Chess program as a hobby on a home-built computer. The first championships, in '81 and '82 were played with very long games, so that a game lasted the entire day. This because computers were quite weak in those days, and the organizers thought that by letting them think extremely long, they could avoid them becoming the laughing stock of real Chess players. (This ploy of course failed miserably.) To still get enough games during the tourney, participants had to play three games at the same time. As computer equipment in those days was not standardized at all, and many participants were using home-built equipment, this was very difficult to organize, as we usually only owned a single computer. In '82 I played three games simultaneously on a single computer, using a multi-tasking operating system I had written myself especially for the purpose.

The whole event was very chaotic, and full of surprises. One participant was playing on a computer that was just a printed-circuit board with all chips in view, including the EPROM chip that contained his program. A journalist thought this was so impressive he wanted to take a close-up photograph. But the flash of his camera was so intense, that it completely erased the chess program from the chip (which did have a quartz window especially for the purpose of being able to erase it with UV light, and then re-program it.

Later tourneys used more reasonable time controls, so that we could play three games per day after one another. At some point they asked me to re-join the tourney because it had its 5th anniversary. I had really stopped working on the program at that time, and did no longer have the (by that time completely obsolete) computer that could run it. So I decided to build a computer especially for the purpose, that fitted entirely in a small matchbox,containing 5 chips (some sawed off, to make them fit) and an LED 7-segment display pried out of a pocket calculator. To enter a move you had to tap on two staples in the lid. This was big fun and attracted a lot of attention, especially since it managed to win some games from opponents thousand times it size, and it even made it to national television.

Well, the input was quite cumbersome, with only a single contact, and I was constantly hoping the opponent would not play h7-h8. I had designed a system where a first touch would bring an A or 1 in the display, which would linger for about half a second, and if you would release and tap again while it was still in the display, it would change into B/2, etc. upto H/8. When you let the 0.5 sec expire, the character then in the display would be considered entered.

When you kept touching longer than 1 sec, the program would set up a new game, but it would remember the game history of the previous game, and if you continued touching, it started counting up in the display, 1, o, 2, o, 3, o, ..., and when you would release when it says, say, 14, it would set up the position after the 14th move. This to correct entry errors, which frequently occurred, also because of the opponent operator performing wrong moves on the board, etc.

After the first playing day I was so exhausted of constantly staring at the tiny display to see if it had already moved, that I decided it needed sound. So I slipped in a piezo disk between the drawer and the wrapper of the match box, to make it beep when it had a move.